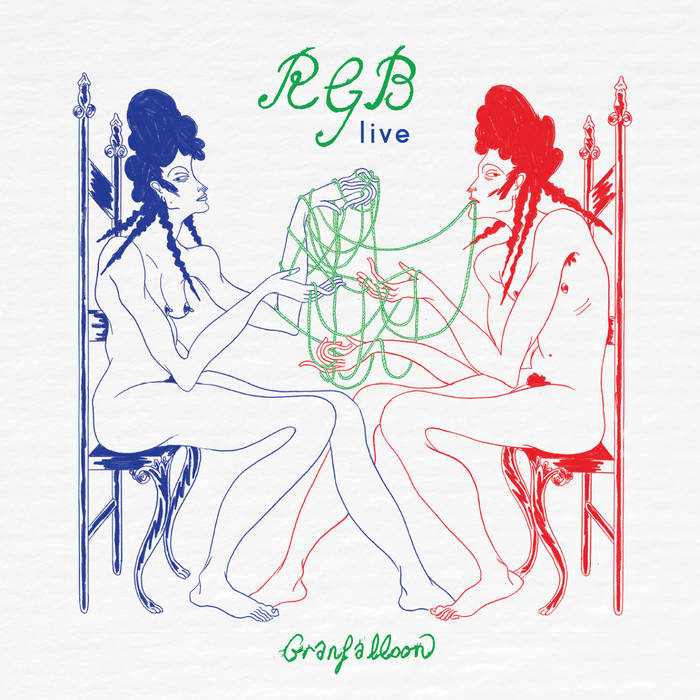 This album captures a special performance of the Granfalloon album 'RGB' by Richard Lomax, stripped back to acoustic guitar and vocals.

In December 2020 this recording was performed in its entirety before an invited studio audience at The Yard in Manchester, and streamed live to the public.

Inspired by minimal solo albums like 'Pink Moon' (Nick Drake), 'Rejoicing In The Hands' (Devendra Banhart), and 'Benji' (Sun Kil Moon)... this album features the tracks from 2019's RGB pared back from their grand studio arrangements to the songs beneath, showcasing their original folk and blues inspired roots.

Cello overdubs have been added to a few of the songs by Maya McCourt (Salt Moon), one of Lomax's collaborators from the Positive Songs Project.

Included with the album are the bonus songs I Cycle by Lomax and a cover of Pure Imagination from Willy Wonka & The Chocolate Factory, with which the live performance was closed.

Recorded and mastered by Andrew Glassford at The Yard in December 2020
Artwork, 'A Gordian Cat's Cradle' by Jo Ruessmann
Graphic design by Joe Beech